Trent Alexander-Arnold has been named in England’s 26-man squad for this summer’s European Championship.

Liverpool full-back Alexander-Arnold, 22, is one of four right-backs, while injured duo Harry Maguire and Jordan Henderson are both included.

Boss Gareth Southgate had to cut seven players from his provisional list.

The final squad means there will be no debutants for the tournament, which starts next week.

Southgate said: “I think every squad [selection] is difficult because we have a lot of talented players in this country.

“The most difficult thing [this time] is not being able to take players who have been with us in previous matches and are such good professionals, so I know what a disappointment it is for them, at the moment, not to be going to a major championship.”

Alexander-Arnold makes the cut as he looks to add to his 12 caps, the last of which came against Belgium in the Nations League last October.

Liverpool skipper Henderson has been out of action since February with a groin injury while United captain Maguire missed the last four league games of the season and the Europa League final following ankle ligament damage.

Southgate added: “The most complex part has been those injuries and whether we should take the chance on people – players like Jordan Henderson and Harry Maguire not being quite where they normally are.

“With the experience that they have, we think we can get them to a point where they have an involvement in the tournament and it’s worth taking them – especially as we have an extended squad of 26.”

Who do England play this month?

The tournament was delayed by a year because of the coronavirus pandemic and will begin on 11 June, with the final taking place at Wembley Stadium on 11 July.

Southgate will get the chance to assess his picks in two friendlies, against Austria on Wednesday and Romania on Sunday. Both matches take place at Middlesbrough’s Riverside Stadium.

Southgate said Lingard, Ward-Prowse and Watkins were given the option to go home after missing out on the final squad but chose to remain for this week’s friendlies.

He added that White, Godfrey and Ramsdale knew beforehand they were part of the provisional squad in order to gain experience.

The Three Lions begin their Euros campaign against Croatia on 13 June, followed by a huge match against rivals Scotland on 18 June, rounding off Group D against the Czech Republic on 22 June.

All of England’s group games, and knockout matches if they advance, will take place at Wembley Stadium. 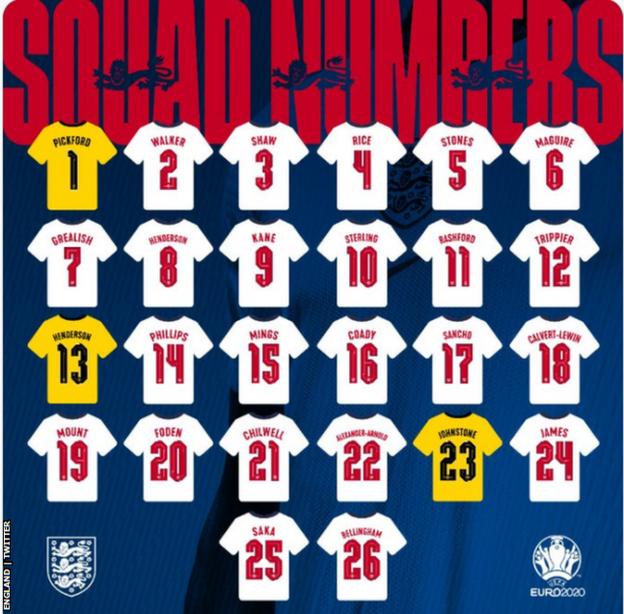